Recruiter.com and Revelio Labs have joined forces to track relocation patterns in the United States from March 2020 to March 2022. The rise of the COVID-19 pandemic kickstarted an increase in relocations within the states as work from anywhere swept through the nation.

Our recent analysis highlights states and the cities within that have had the largest population changes as well as common relocation patterns.

States with the Highest and Lowest Moving Deficits

There are a number of factors that go into determining where one wants to live. It’s no longer as simple as snowbirds flocking to warmer weather. Location density, state taxes, and cost of living are only a handful of factors that may contribute to one's decision to leave a given location.

When ranking states, research found that New York, DC, and Pennsylvania have had the biggest moving deficits. States with more suburban housing like New Jersey, Maryland, and Virginia top the list of states that received the most people, perhaps acting as a safe haven for those fleeing densely populated areas. Other states that have witnessed an influx of residents include Texas, Florida, and Arizona. 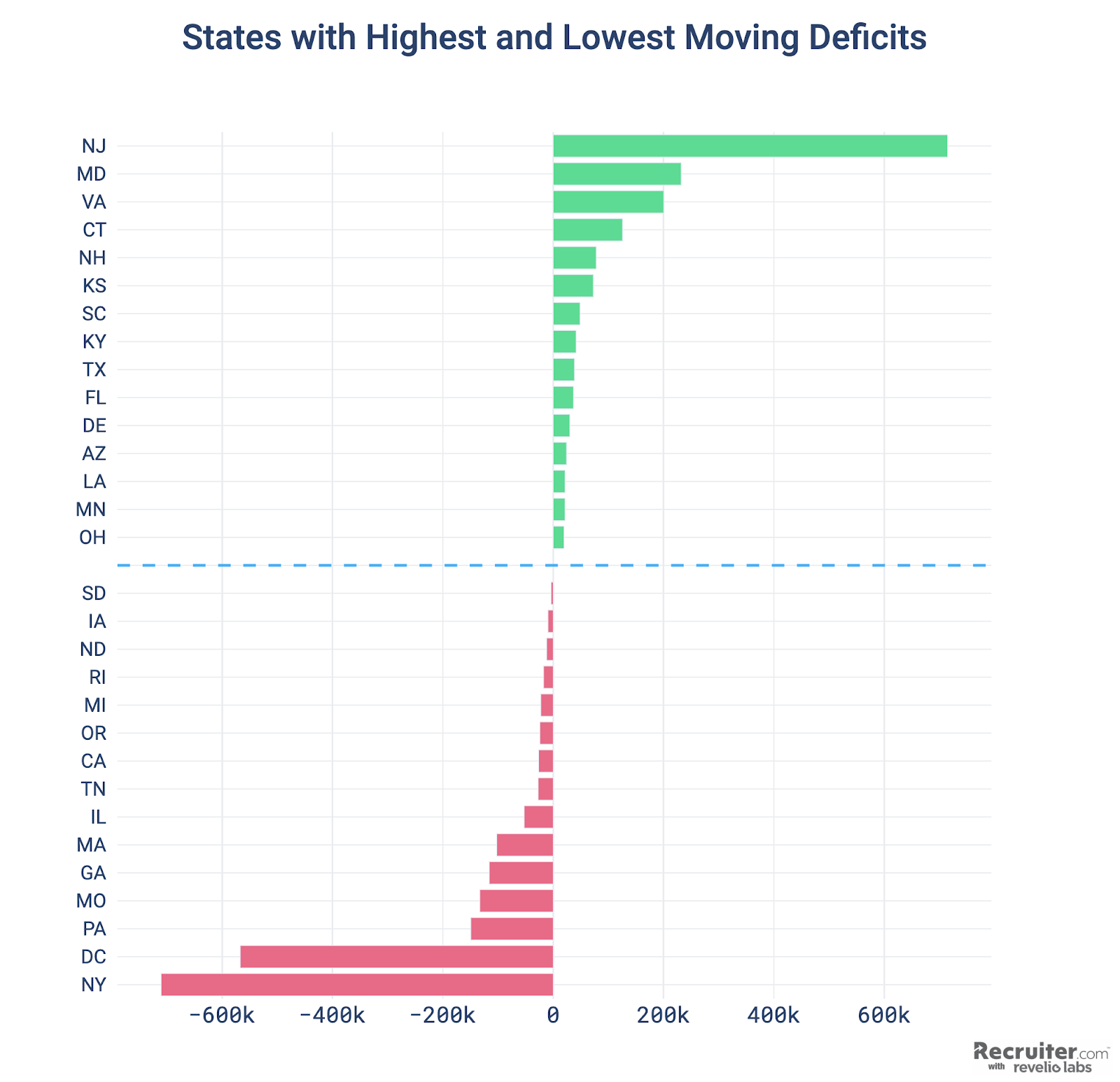 The analysis also determined common relocation routes for people, by the sheer volume of people who moved from one place to another. The research showed a large number of people moved out of San Francisco and Los Angeles, without leaving the state of California. Many Californians decided to relocate within state lines, but to alternate cities such as Santa Clara or San Bernardino. Atlanta also witnessed a loss of residents to nonmetropolitan areas in Georgia. 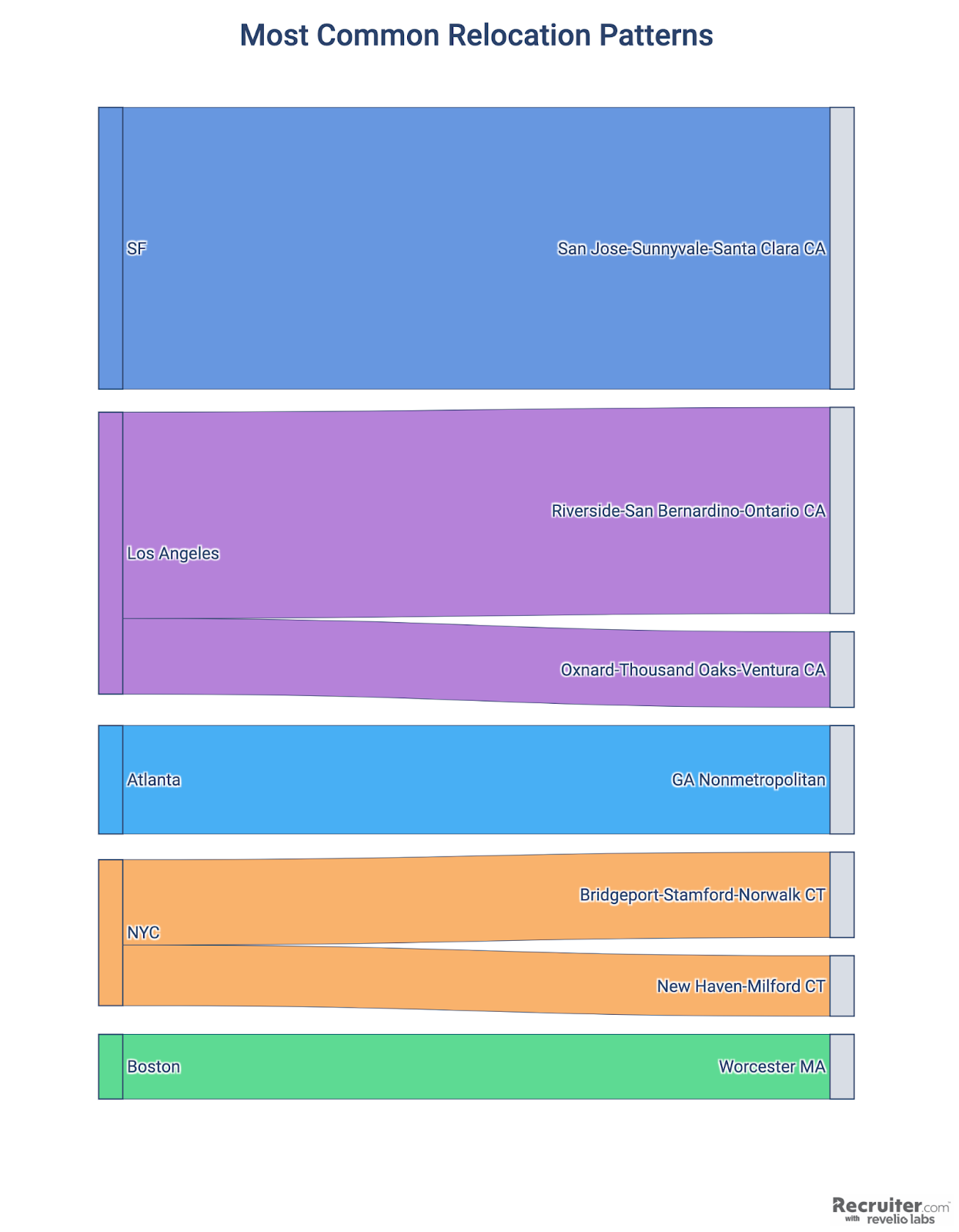 Cities that Witnessed a Population Decline

Following the trend of an exodus from populated locations - San Francisco, Atlanta, and Boston were the cities with the most significant population decline. San Francisco witnessed nearly a 30 percent decrease in population. Other cities that have witnessed a lesser exodus include Philadelphia, Minneapolis, and San Diego. 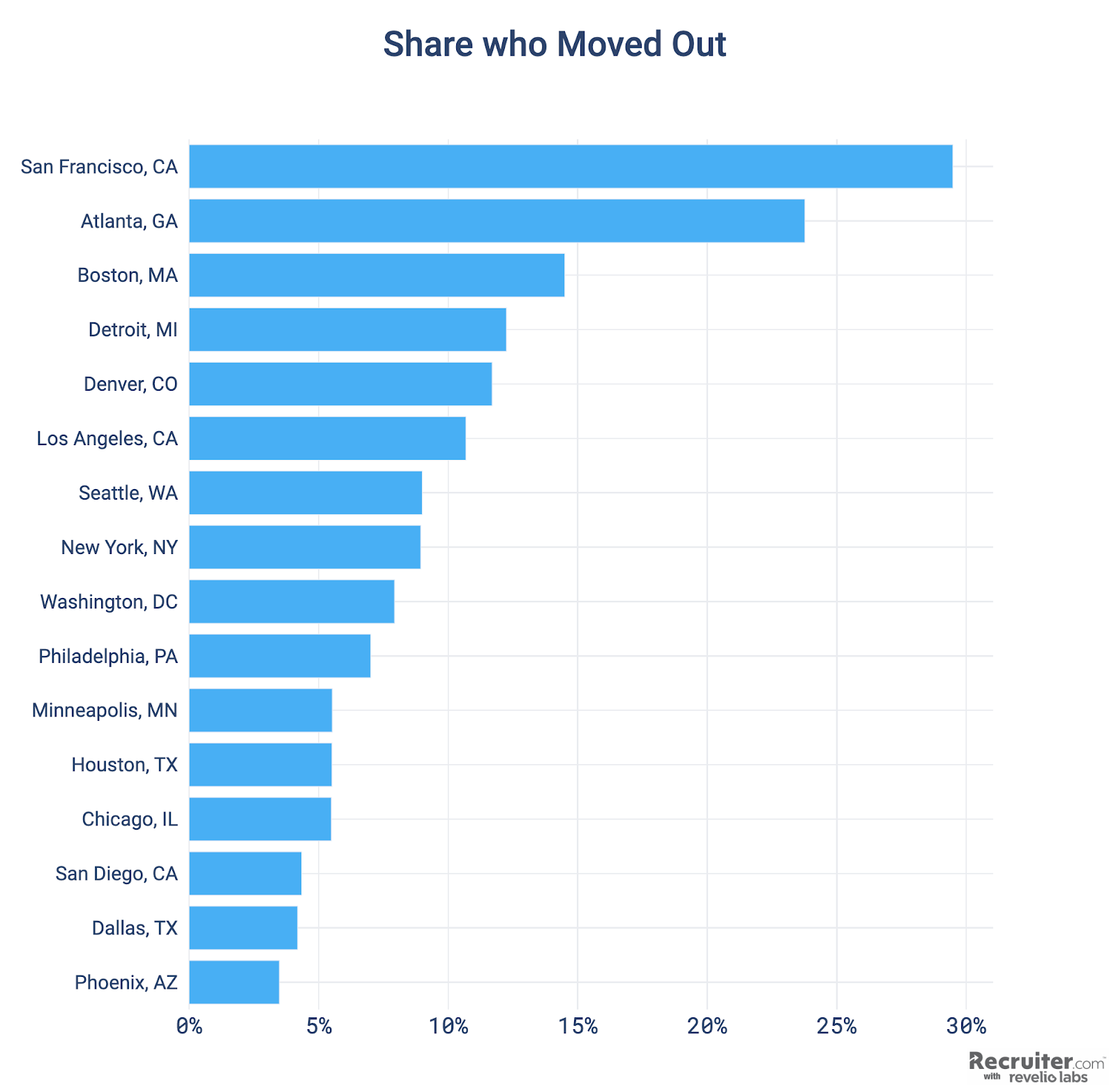 Cities with the Highest Number of Out-of-State Movers

Among the places hyped in the media for being receiving locations for digital nomads, which ones had the highest share of out-of-state movers? According to our study, Charlotte, North Carolina, received the largest influx of people, followed by Nashville and Austin. 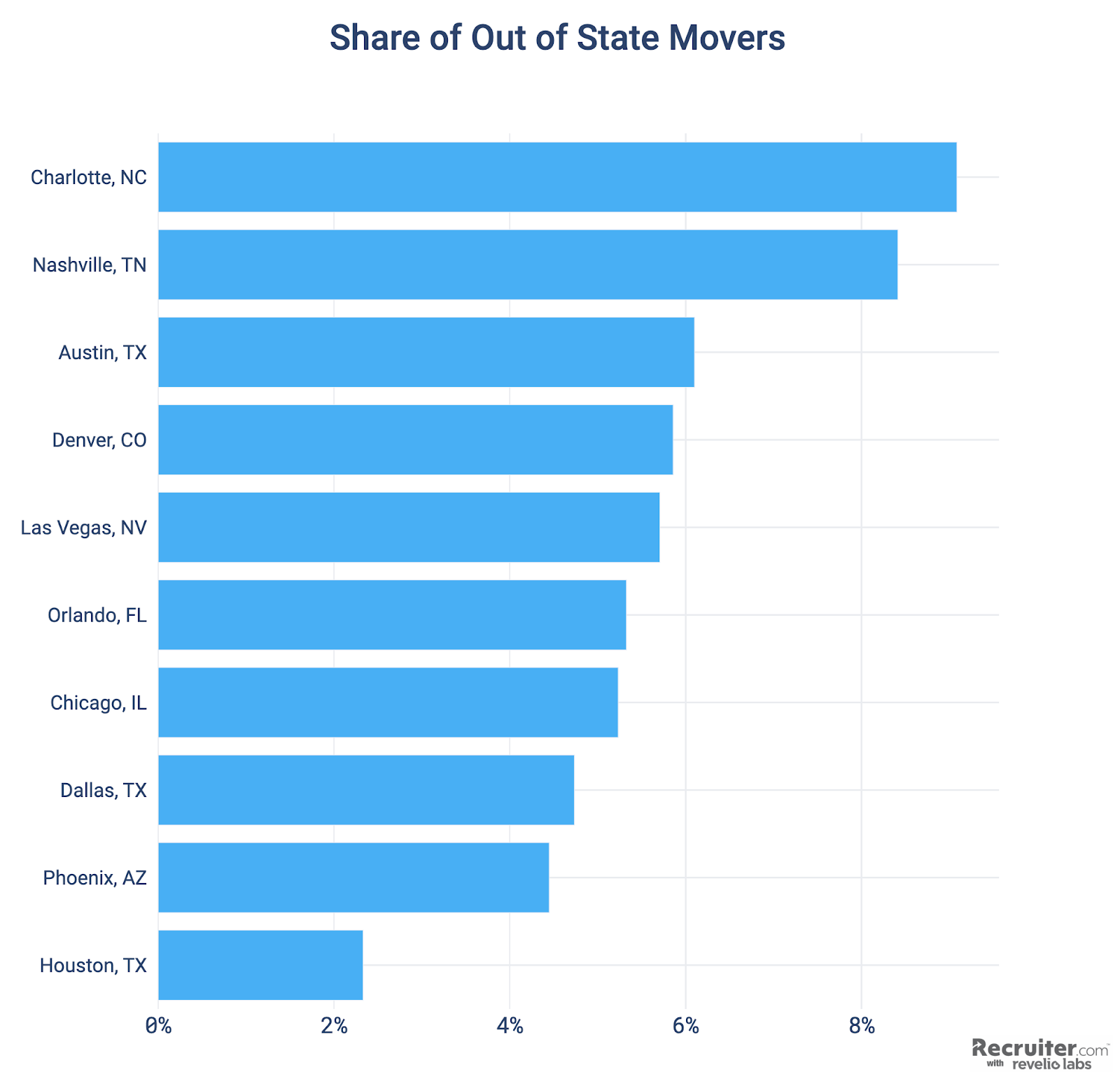