The average recruiter sentiment took a slight dip this month to 3.5, matching April and May levels. The average amount of roles recruiters are working on per month, held steady at ten this September.

Candidate sentiment took a slight dip this month to 3.6, still well above where it was last September. Application volume witnessed a slight decrease since August, but is still up 108 percent since June.

In-person roles claimed the number one spot this month, with fully remote and hybrid roles falling behind. In-person roles witnessed a 15 percent increase since August. 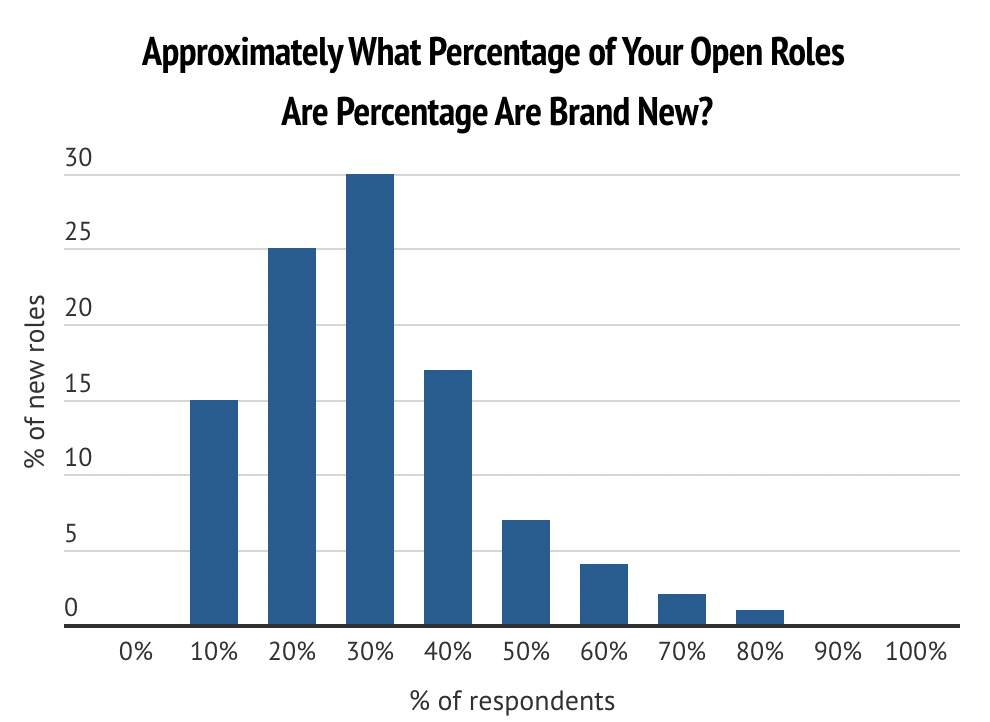 The September Index witnessed a big reshuffling when it came to candidates' priorities when looking for a job. Compensation dropped down by 41 percent, while work/life balance jumped up to the number one spot, increasing 37 percent since August. Compensation overtook management as the number one reason employees are leaving their current job.

The September Recruiter Index showed that 53 percent of the recruiters surveyed reported a quarter to half of all candidates are currently employed. The amount of candidates who have had two jobs over the past two years increased by 15 percent since August, currently at 54 percent.

We asked recruiters across all verticals to identify the top three industries where demand for talent was highest in September.

After a bounce back for IT / Software Engineering in August, IT dipped back down to the number six spot (4 percent). 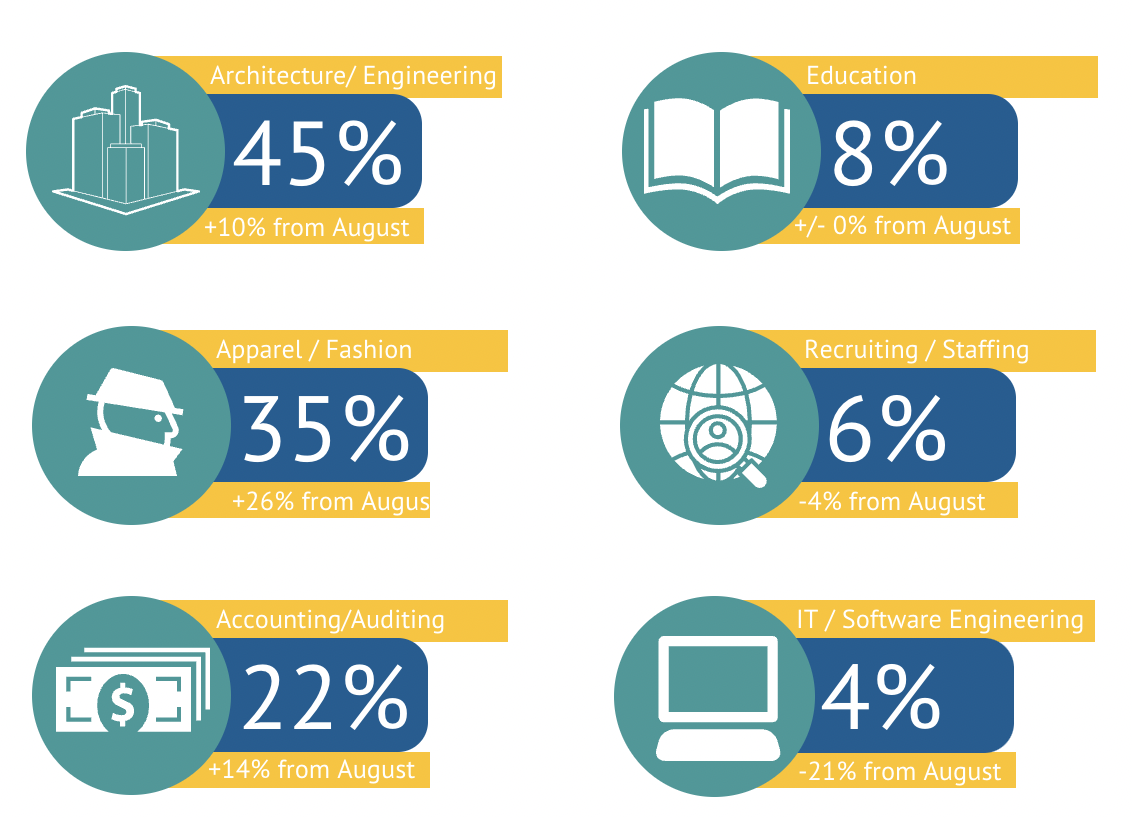