The average recruiter sentiment held steady this month just shy of where it was this time last year. The average amount of roles recruiters are working on saw a sharp increase this month, jumping from 17 roles to 22 roles.

Candidate sentiment took a slight dip in May, failing to break past a 3.4 all year. The majority of recruiters reported applicant volume decreasing this month, increasing 21 percent since April.

Remote roles continue to decrease as hybrid and in person roles pick up steam. Since January 2022, remote roles have decreased by 52 percent.

Our Recruiter Index tracks how many of the roles recruiters are working on are backfill vs. new roles. This month, 9 percent of recruiters said that 100 percent of their roles were brand new roles, down from 13 percent in April. 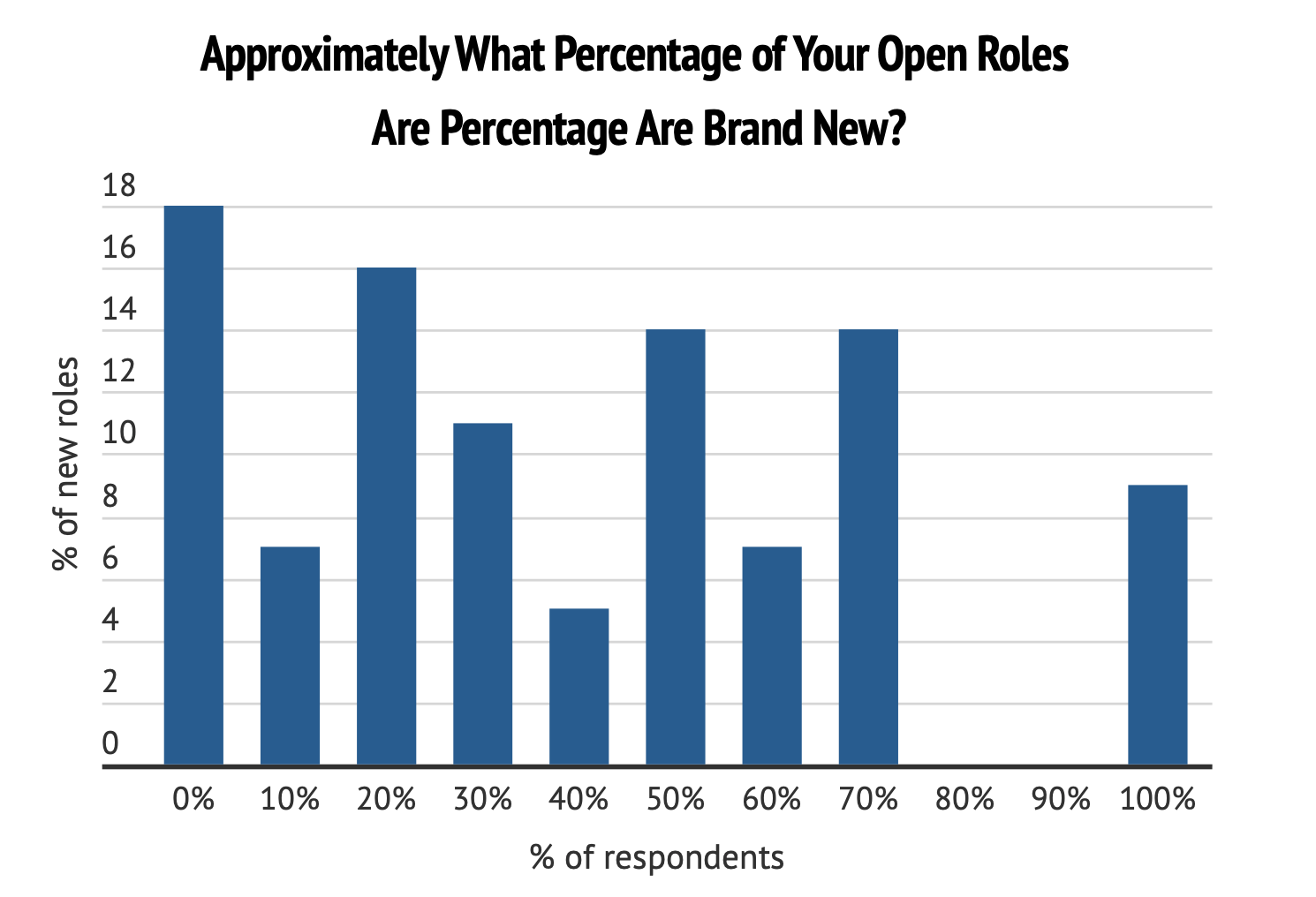 Compensation witnessed a large increase this month when it comes to priorities, increasing by 67 percent since March. In correlation, compensation was the number one reason employees are leaving their current jobs, followed by remote work.

We asked recruiters across all verticals to identify the top three industries where demand for talent was highest in May.

IT / Software Engineering maintains the number one spot in May for the third month in a row.

Recruiting and staffing held on to its number two spot with 34 percent of recruiters naming it the most in demand industry. Following IT and Recruiting is Medical / Healthcare and Architecture. 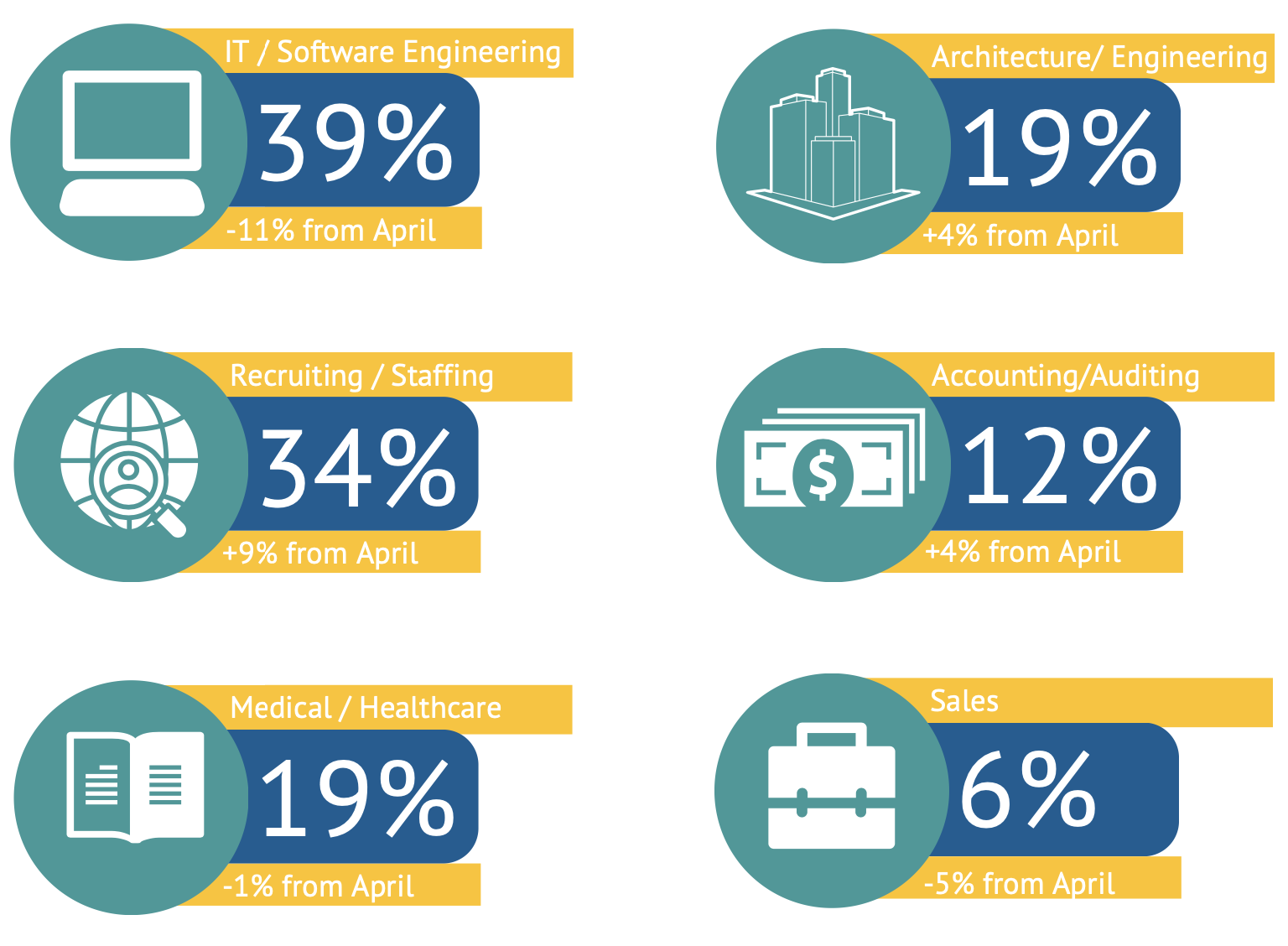