Job Market Overview
The average recruiter sentiment saw a big jump this month after a two-month decline. Sentiment has surpassed the level it was at this time last year. Recruiter workload took a slight dip this month, with recruiters working on 19 roles on average.

Candidate Close Up
Candidate sentiment increased in March, however, remained shy of where it was this time last year. Nearly a third of recruiters saw applicant volume decline this month.

After months of remote roles dominating over hybrid and in-person roles, hybrid has taken over. with 38% of recruiters claiming that is what the majority of roles they are filling.

Our Recruiter Index tracks how many of the roles recruiters are working on are backfill vs. new roles. This month, on average, 22 percent of recruiters were working on brand new roles, a 42 percent decrease since February. 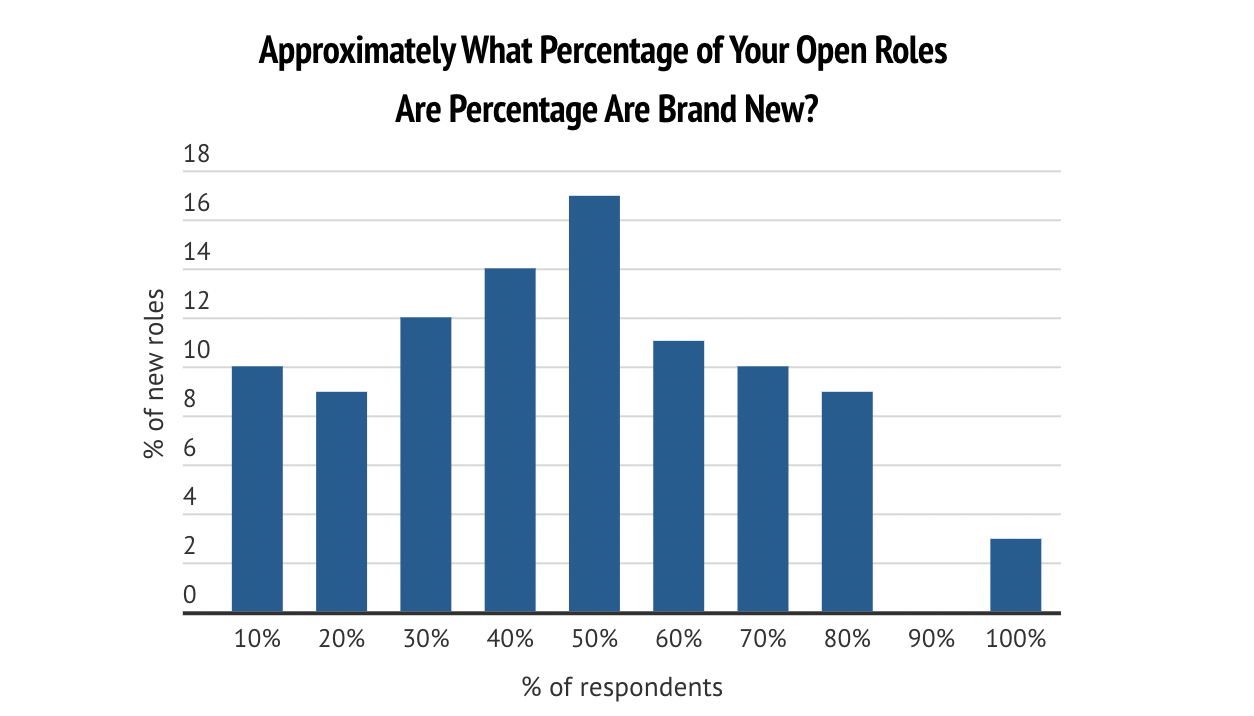 When looking at the priorities of candidates, remote work, work-life balance, and compensation continue to be the three driving factors. We found a strong correlation between those priorities and what leads an employee to leave a job. The number one reason was compensation (32 percent) followed by remote work (26 percent).

Most Active Industries
We asked recruiters across all verticals to identify the top three industries where demand for talent was highest in March. The demand for recruiting/staffing increased by 17 percent since February, jumping to the number two spot. After months of being bumped from the number one spot, IT is again the most in-demand industry, jumping 37 percent. Following IT is Recruiting/Staffing and Medical/Healthcare. 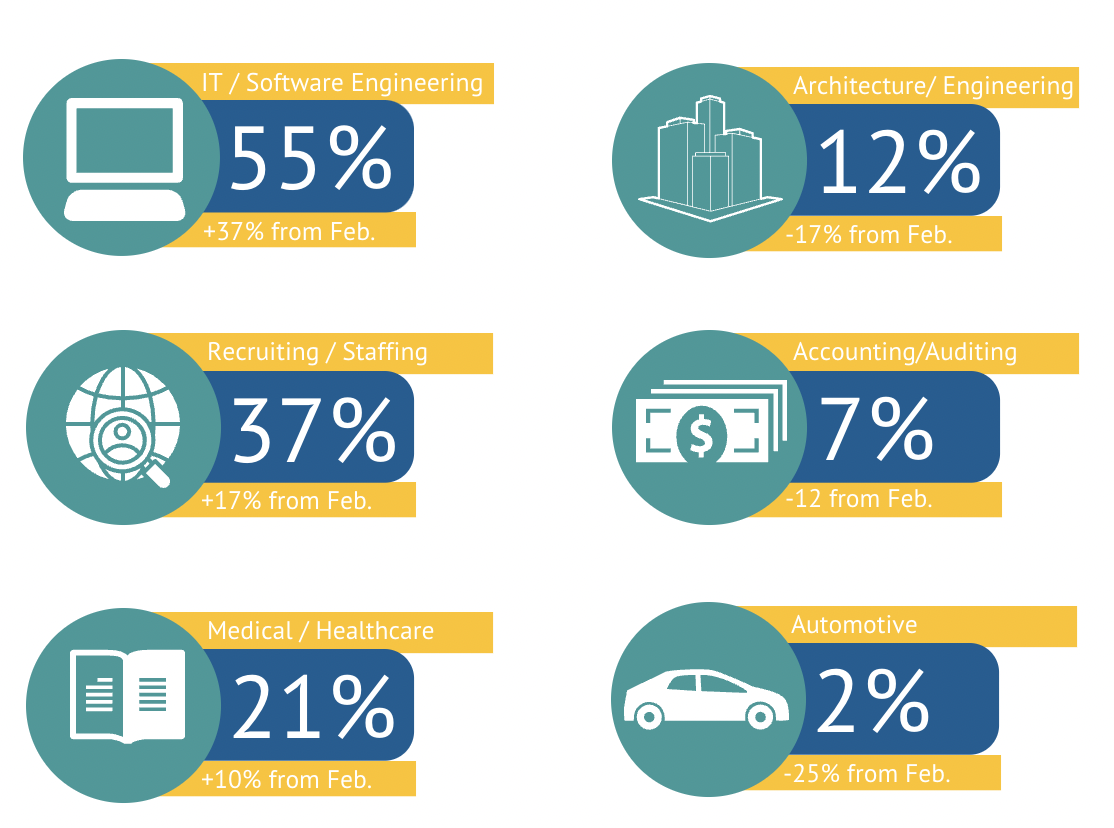