The average recruiter sentiment increased this month to 3.4, well below where it was this time last year, but back on an upward trend. The average amount of roles recruiters are working on was 16 - holding steady since June.

Candidate sentiment witnessed an uptick this month jumping to 3.5 - the highest it has been all year. The index reported a big increase in the volume of applicants per role this month, jumping 77 percent since June, when only 26 percent of recruiters reported applicant volume increasing.

Although in-person roles witnessed a slight decrease this month from 42% in June, they still remain the number one type of position recruiters are working to fill, followed by fully remote roles and then hybrid. 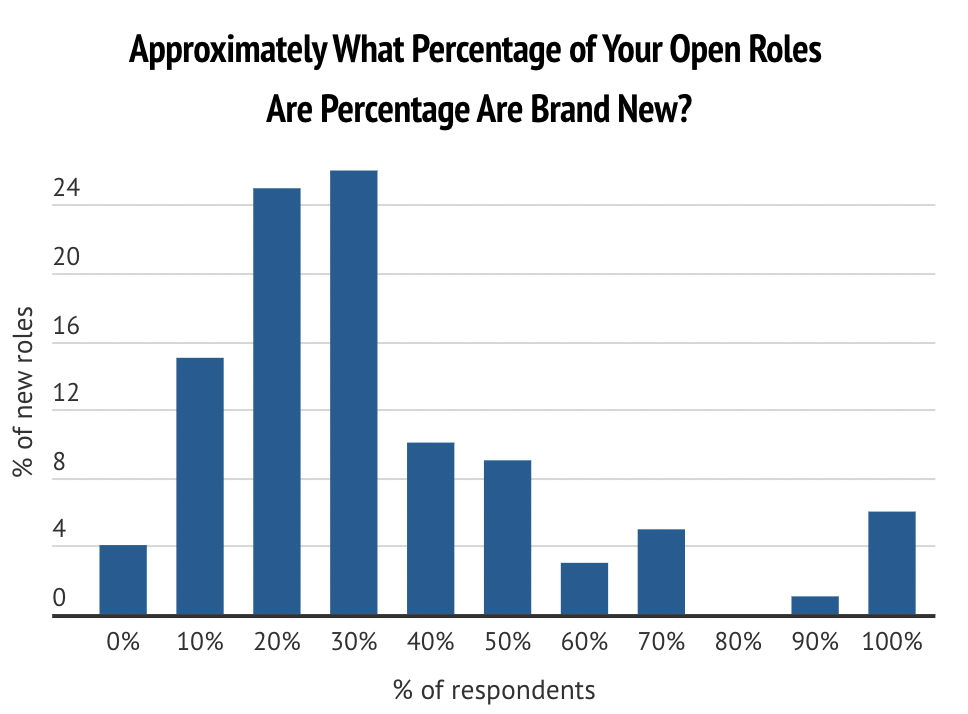 We asked recruiters across all verticals to identify the top three industries where demand for talent was highest in July.

IT / Software Engineering decreased in demand by 67 percent since June, as automotive jumped to the number one spot having 28% of recruiters name it the most in demand industry. 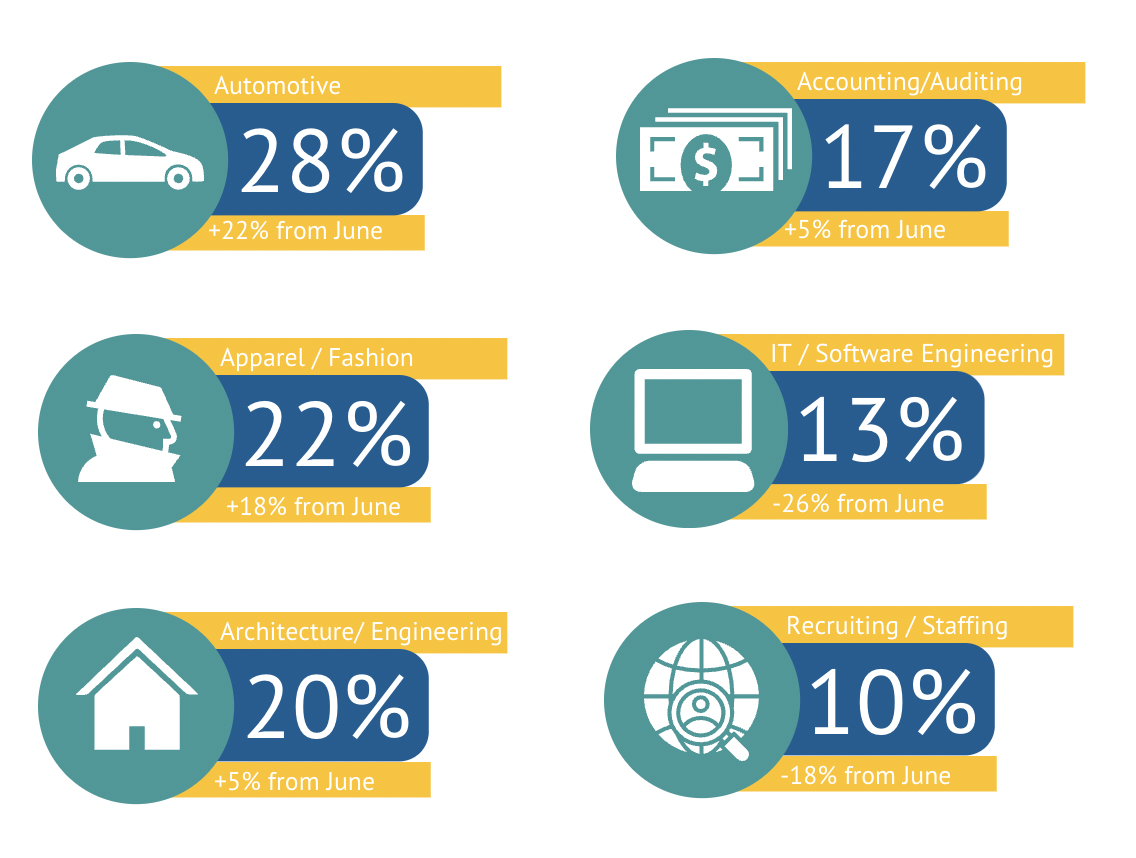